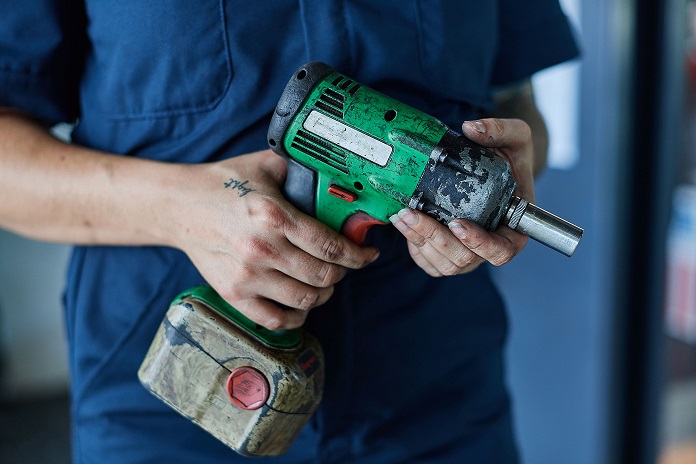 Labor Day is more than just a reward for all the blood, sweat, and tears (figurative or not) you have put into your job. This national holiday, held on the first Monday of every September, dates back to 1882 and continues to celebrate those hard workers that keep the country’s economy turning nearly 140 years later.

As you deservedly kick your feet up and relax on Labor Day (or your next day off, if you have to work), here’s a look at how Labor Day came to be the national day off for hard-working Americans.

Why Do We Celebrate Labor Day?

Often the most meaningful movements are born from hardship. That’s certainly the case with Labor Day.

In the late 19th century at the height of the Industrial Revolution, things were tough for American workers. The working class included children as young as 5 years old, who worked in mines, factories, farms, and mills. Workers toiled away for up to 12 hours a day, 7 days a week, in low-paying jobs often in harsh, unsafe, and physically demanding conditions. Labor unions began forming and started organizing strikes and rallies to protest poor working conditions and to force employers to renegotiate pay and hours.

These unions, strikes, and protests soon sparked ideas about a national day off for workers, but there’s some debate over who created Labor Day. According to the U.S. Department of Labor, some records show Peter J. McGuire, the general secretary of the Brotherhood of Carpenters and Joiners and a co-founder of the American Federation of Labor, as the first to suggest a day to honor those “who from rude nature have delved and carved all the grandeur we behold.”

Other theorists credit Matthew Maguire with founding the holiday. Maguire, a machinist, is said to have proposed the holiday in 1882 while he was the secretary of the Central Labor Union in New York. In the first proposal of the holiday, it was said Labor Day should have a street parade to exhibit the strength and spirit of the trade and labor organizations of the workers and their families.

The Central Labor Union agreed to the Labor Day proposal and created a committee to plan a demonstration and picnic. On Tuesday, September 5, 1882, more than 10,000 American workers risked their jobs by taking the day off to strike. They marched from New York’s City Hall to a picnic at an uptown park.

Marchers included tradespeople like bricklayers, cigar makers, dressmakers, printers, and shoemakers. Marchers held signs like “Less Work and More Pay” and signs that called for an 8-hour work day and a prohibition on using convict labor. The next Labor Day was held in New York City the following year, on September 5, 1883.

After those first Labor Day celebrations, municipal ordinances were passed in 1885 and 1886 to recognize Labor Day. The New York legislature is where the first state bill was introduced while Oregon was the first state to pass a Labor Day law, on February 21, 1887.

In 1887, Colorado, Massachusetts, New Jersey, and New York also used legislative enactment to create the Labor Day holiday. By 1890, Connecticut, Nebraska, and Pennsylvania joined them. By 1894, 23 more states had adopted the holiday.

On June 28, 1894, President Grover Cleveland signed the law that made the first Monday every September a national holiday. Despite the positive nature of the Labor Day holiday as a tribute to workers strengthening the prosperity of the country, the circumstances surrounding President Cleveland’s decision were politically motivated and tinged by protester deaths and injuries.

How the Pullman Strike Led to a National Labor Day

According to UnionPlus, after 13 workers died during the Pullman Strike in June of 1894, President Cleveland made reconciliation with the labor movement a top political priority.

What was the Pullman Strike?

The early 1890s saw a major economic depression with the Pullman Palace Car Company deciding to decrease factory wages without lowering rents in the company town called Pullman, which is now part of Chicago.

As a result, the American Railway Union (ARU), led by Eugene V. Debs, launched a boycott of Pullman cars on the railroads. When switchmen who were ARU members refused to switch Pullman cars onto trains (causing freight and passenger traffic to come to a halt around the area), they were disciplined and fired. The entire ARU then struck the railroads.

Within 4 days, 125,000 workers on 29 railroads had quit. On the basis of the strike interfering with the delivery of U.S. mail, a federal injunction was obtained which “prohibited ARU leaders from ‘compelling or inducing’ any employees of the affected railroads ‘to refuse or fail to perform any of their duties.’” This marked the first time an injunction was used to quell a political protest.

The federal injunction then allowed President Cleveland to send U.S. Marshals and 2,000 U.S. Army troops into the city to break up the strike which resulted in 57 wounded and 13 dead strikers. To win back the support of workers around the country after the tragic deaths and injuries to protesters, President Cleveland signed Labor Day into law as a national holiday.

Today, Labor Day marks the unofficial end of summer with many people choosing to trip or vacation to celebrate. While many corporate workers get the day off, it’s one of the busiest 3-day weekends for retail and tourism in the country.

Here are a few more interesting facts about Labor Day.
•There are still Labor Day parades in New York, sponsored by the New York City Central Labor Council, and in other parts of the country. Picnics remain a popular way to celebrate Labor Day today, as well.
•Other countries have a version of Labor Day. It’s “May Day,” May 1, which is International Workers’ Day.
•According to the Hearth, Patio & Barbecue Association, 62% of people barbecue on Labor Day. That’s second only to the 76% of people who barbecue on 4th of July.
•Labor Day has the third highest beer sales in the US, behind 4th of July and Memorial Day

However you decide to observe Labor Day – with a barbecue, by wearing white or by taking some well-deserved time off – cheers to you, all the hard work you have put in, and to the workers who came before you who fought for employee rights and safer working conditions.

We here at Red Kap salute the hard-working Americans that have built this country and continue to be the driving force behind our economy. As a way to show our appreciation, we’re offering a 25% discount sitewide from August 28 - September 8. So check out our selection of high-quality, durable workwear and treat yourself to something new.

WE USE COOKIES TO PROVIDE AND IMPROVE YOUR EXPERIENCE, FOR ADVERTISING, AND FOR OTHER PURPOSES. CONTINUE USING OUR SITE IF YOU’RE OK WITH THIS, OR READ MORE IN OUR PRIVACY POLICY.